Three of many names used to describe an instrument that is made of a clay pot or jar. A piece of thick woven material or animal skin is stretched over the opening and tightly tied. A hole is made so that a stick or small pole can be inserted. The material is sprinkled with water as the stick is moved up and down to make a deep-toned and  rhythmic sound.

Origin:  Africa. Musicologists try to discover more about the history and use of the Zambomba by studying the meaning of the name it goes by. Bomba in Cuba means putrid, decomposing and/or foul-smelling. Implicating something dead like a cadaver.

‘Africans living in Cuba give the name bomba to a mixture of cemetery bones of humans and animals, sticks or wands thought to have held power or magic, knives and specially prepared water in a clay pot jug or jar.”

‘ corresponds roughly with the African witch’s way of preparing bodies for decomposition. Believing that once the body was decomposed the soul could be set free.” 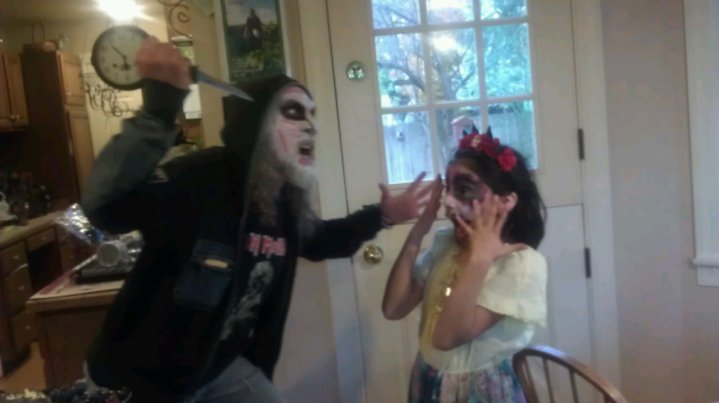 There is a difference of opinion to who brought the Zambomba to Spain, the Arabs or the slaves of Congo that were being shipped in to Spain and Portugal in great numbers during the 15th century. It seems that most experts believe that the Zambomba traveled from Spain to other parts of Europe where it exists still today, such as the rummel pot in Germany. Because of the slave trade this clay instrument sailed to Cuba and South America.

18th century, Jerez de la Frontera, the zambomba is the principal instrument used in the fiestas de la noche buena or Christmas Eve celebrations. Patios are filled with neighbors, family, and friends gathered around a candela or open fire, they sing villancicos Spanish Christmas carols taking turns, they marked out rhythms to the songs with the zambomba.

Home made honey soaked pastries And the licorice flavored drink anise are shared amongst the party goers. It is said that it was the Jerezanos that coined the name Zambomba their Christmas parties.

Aside from my own personal experiences which we hope to continue posting home videos taken last year in Jerez, below are some good reads that helped me put together this blog…